The plot of Avengers: Infinity War was loosely based on the Infinity Gauntlet Comics in which Thanos wants to destroy half of the universe in order to impress his one-sided love Death. He succeeds in doing so by the snap of his finger and half the universe, unfortunately, meet its fate.

Now the remaining Avengers and other superheroes have to work together in order to revert Thanos’s deadly action and this is where the Avengers: Endgame will begin.

The Mad Titan Thanos has done it and now resting in the farm seeing the sun settling down on the half-dead universe now. We have also, seen the trailer that this armor is resting on the scarecrow. Now, what’s next? Well, the remaining superheroes will be seen helping the world in snap related emergencies. If you have noticed in the credit scene of the Avengers: Infinity War, before Fury dies the world is in the chaos – airplanes and helicopters falling to the grounds, accidents and many buildings getting destroyed. Avengers – need to help the fallen world in order to bring down chaos before start looking for their lost friends. 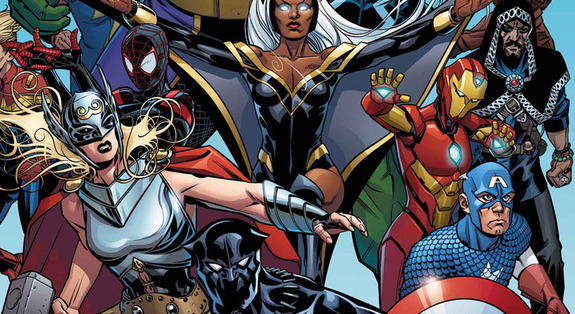 The remaining heroes will try and take the fight to Thanos once again, in comics the leader is Adam Warlock, not Captain America. (Marvel might Introduce Adam Warlock in the Avengers: Endgame). Not only the Avengers but heroes like Wolverine, Cyclops, and others also join the fight against the Mad Titan. In comics, some of them loose terribly again. Thanos turns Thor into the glass, turns Wolverine bones to rubber and beat the crap out of the hulk. But Spider-man and Iron Man both murdered by Terraxia, the girlfriend of Thanos. While fighting the remaining Superheroes, Thanos becomes so powerful that he goes in the omnipotent (having unlimited power) state. In order to go omnipotent, Thanos left his physical body back which gave able Nebula to get her hands on the Infinity Gauntlet. As soon as Nebula gets her hands on the Infinity Gauntlet, she quickly undoes everything Thanos did, which bring all the previous fallen heroes back to life but the stones in the infinity gauntlet are so strong that Nebula loses her mind as well as the control as she was not as powerful as Thanos.

When Thanos realize the same, he offered to help the earthly heroes in order to steal Infinity Gauntlet from Nebula who was going completely out of control. Now, everyone together uses the same strategy they used against Thanos in order to steal the Infinity Gauntlet and they succeed with the help of Thanos and Adam Warlock, which shows us that Nebula is not as creative and powerful as mighty Thanos. 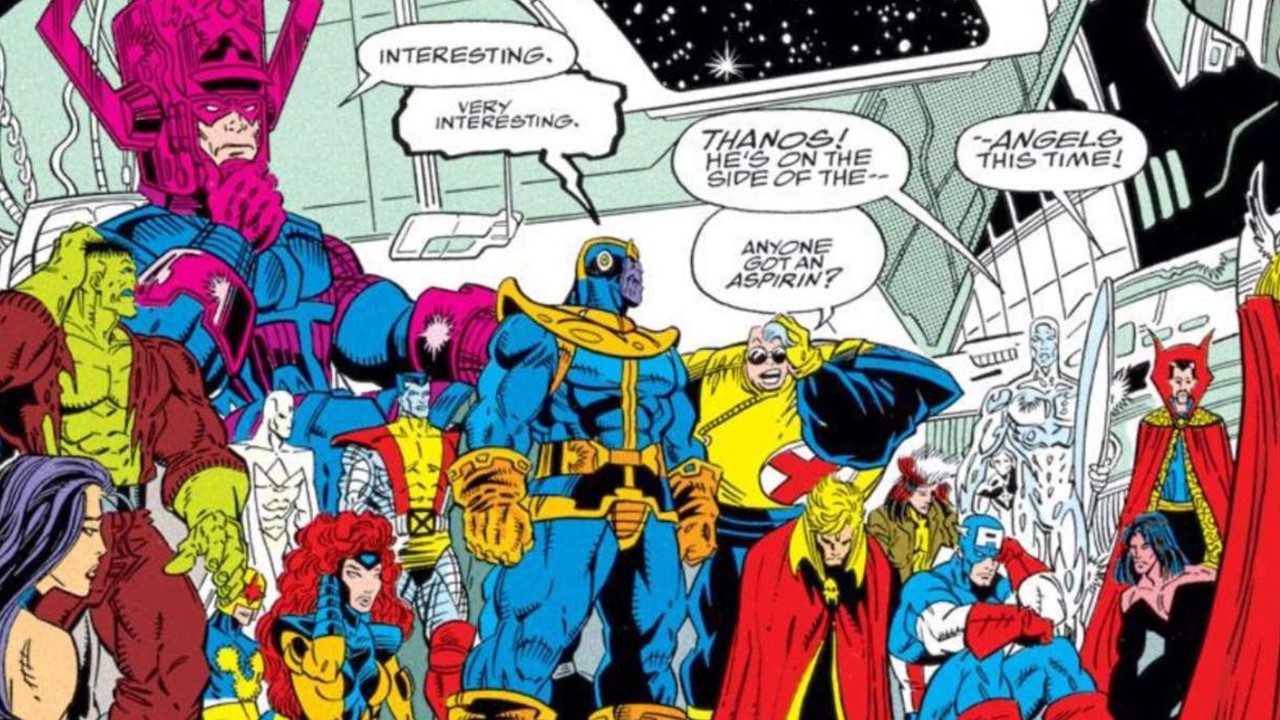 Thanos, stands up one last time and tries to betray his newest teammates but gets the serious beating from all. The Mad Titan eventually escape to a rural planet while resting his armor on the scarecrow, plans to retire as a farmer. Though the earth mightiest heroes are aware of Thanos location but choose to leave him alone to his retirement. 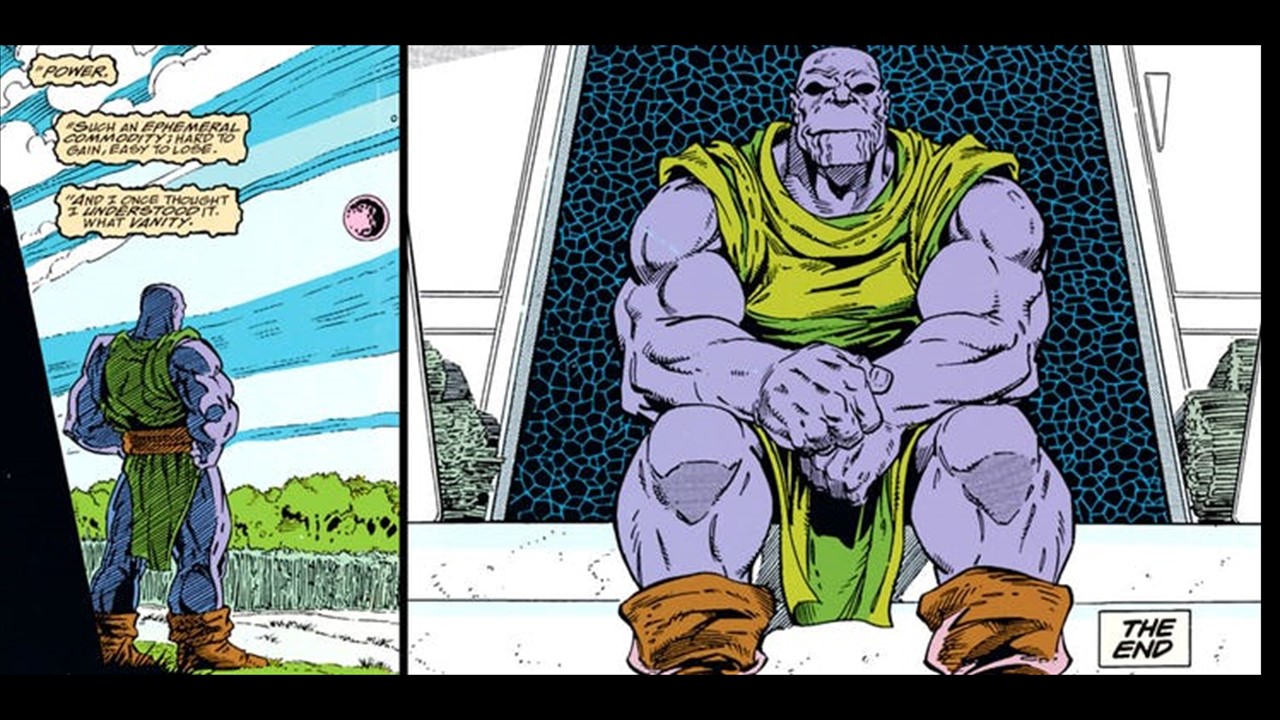