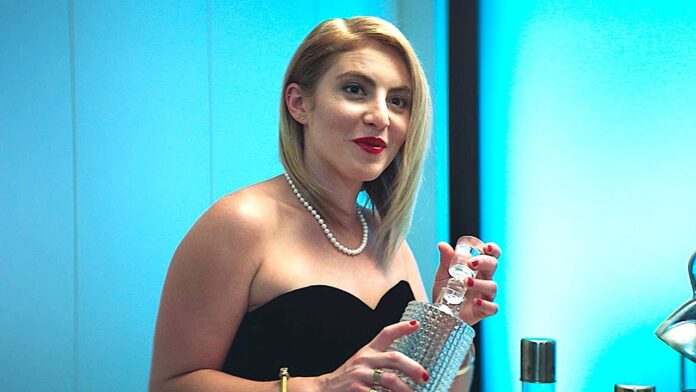 The new film is a tense thriller centering around a mysterious Gold Reel which produces
soundscapes that shatter reality, resulting in a terrifying hallucinatory state.

In the film, Tomas insists that Stanley join him in the deep recesses of the house to listen to a mysterious Gold Reel. As Stanley takes in the soundscapes he slips into a terrifying hallucinatory state. Back in the living room, Stanley’s girlfriend Alexa has a confrontation with Tomas’s wife, Zoe (Sarah-Jayne Bedford) who reveals the true nature of the recordings on the Gold Reel. The events collide into a peak intensity as Alexa tries to rescue Stanley before it’s too late. “Electromagnetic” was written and directed by Andrew Marks, known for his VFX work on studio projects including “Star Wars: The Force Awakens” and “Pirates of the Caribbean: Dead Men Tell No Tales”. The film was edited by Andrew’s brother, David Marks who edited “Last Black Man in San Francisco” and “The Night House”.

“I’ve been developing the story and visual “Electromagnetic” for years and I couldn’t be happier to share the film with audiences,” says writer/director Andrew Marks. “I set out to build the film around crafting dynamic performances. The visual effects definitely enhance key moments, but I’m even more thrilled with the surreal tone we achieved on set. It was a wonderful opportunity to work with my brother, David. We’ve long admired each other’s films and collaborating proved to be very successful.”

“Electromagnetic” has secured distribution with Gunpowder & Sky and is proof of concept for a larger feature adaptation.

Check out the trailer below: