The more I watch Jack Snyder’s content, the more I realize he just doesn’t understand Batman for everything that Batman’s done. He hasn’t watched the cartoons, he hasn’t read all the comics. I am sure he hasn’t even watched Adam West 1960s Batman series. I tried loving the trailer, believe me I tried. But, never mind!

According to me this ‘Justice League’ movie will be the death of the DC Entertainment Universe. It should be scrapped. Dear DCEU you are screwed up. I hate that Justice League is now lighter and comedic. Copying Marvel. NOW! AND EVERYONE IS SO EXCITED…. & I DON’T UNDERSTAND WHY?

Let’s go back in time, People didn’t like ‘Man of Steel’, People hated ‘Batman Vs Superman’ and now all of them are again EXCITED about ‘Justice League’. The writers, actors even the director Jack Snyder is the same, so what do you expect? How can we think, that throwing in more characters in the mess they have already made is going to help?

After watching the trailer more than 10 times here’s a tip to DCEU, if you don’t have enough actions shot yet to release a decent trailer, don’t release the trailer.

And here’s what I think:

-People are just going crazy, WOW ‘Auqaman’ riding on Batmobile (HUH)?
These people are just happy to see their favourite characters on the screen. That’s it.

-Flash seems like Peter Parker in the trailer and Batman is acting like Tony Stark. The best part is people don’t know anything about the Flash from the past movies and still they are just happy to see more characters getting together in the movie.

-I hope they are not trying to become Marvel Universe, because DC is ain’t about comedy. Please DC can be darker as the biggest character is the Batman. But in the trailer even BATMAN is making quilts…

-The trailer is SO AVENGERS... I mean look at the Wonder Women despite of having powers why is she fighting like Black Widow? O_0

-The trailer starts with Batman and ends with Batman. Batman’s dialog ‘I am putting together a team’ reminds of a person name Fury, wait I got it… NICK FURY.

So far, Apart from all characters coming together, there’s no reason they have given at least to me to be excited. No story, no plot, no known villain. Jack Snyder is spoiling BATMAN’s image ‘he should quit’

-“To all the excited fans. Whoa… All the super heroes coming together but wait, it appears as Batman is old enough to have lost Robin in series and if Nightwing was Batman first Robin, Barry Allen should probably be a grown man not a KID like SPIDERMAN by now because Nightwing was Kid Flash’s sidekick. And if it’s not that way, where is ROBIN? 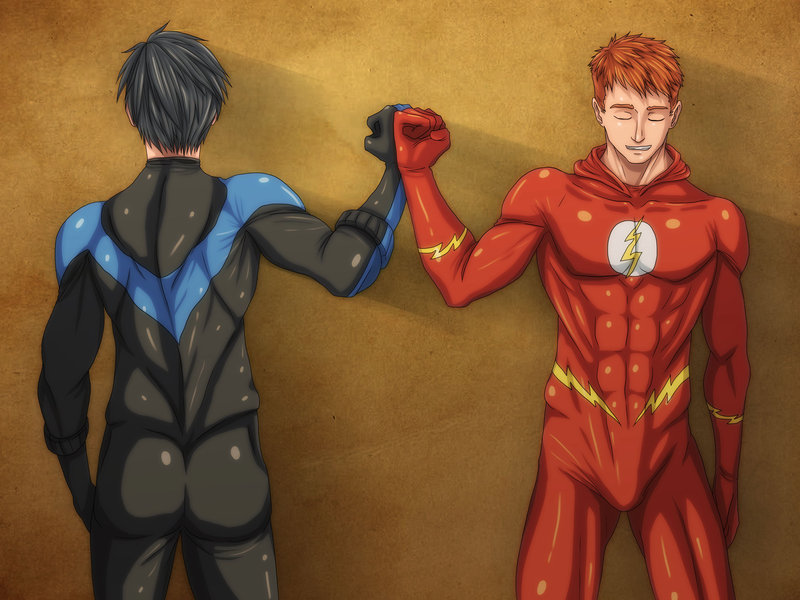 At the end, it doesn’t matter what the comics said or what Batman’s character is…
WE ARE PRETTY EXCITED TO WATCH all of them TOGETHER… YEAH, we are going to beat AVENGERS now…