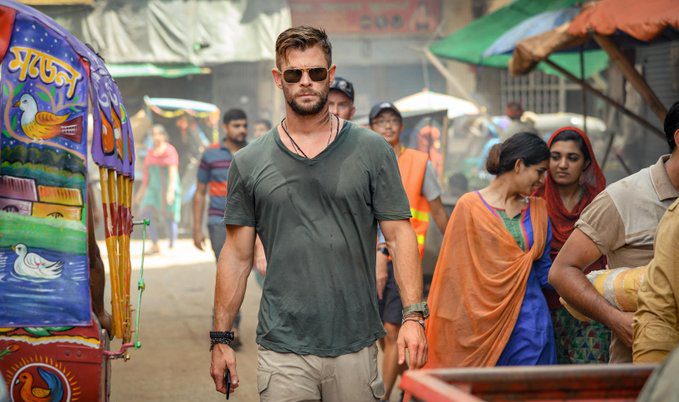 Good news Netizens, Netflix recently announced Extraction starring the strongest Avenger Thor aka Chris Hemsworth as a mercenary but that’s not the only news fans are going crazy for and when I say fan, mostly I mean Indian Fans.

Seems like our favorite Jaat Randeep Hooda will accompany Chris Hemsworth in the action-drama Extraction. This thriller is directed by Sam Hargrave who has previously worked with Chris Hemsworth and as a second unit director for Avengers: Infinity War / Endgame. He has also worked as a stuntman for both Chris in the Marvel Films.

The reason he looks so perfect in #Extraction: Because Hem’s Worth it. pic.twitter.com/KQpI3wZIS1

Extraction is a story of Tyler Rake played by Chris Hemsworth who is a black market mercenary – the thriller is all about the underworld, missions, trafficking, kidnapping and more… Netflix Extraction is also shot in some parts of India – Location unknown.

Have a look how Tweetrati’s reacting on the announcement

Extraction is written by Joe Russo and stars Chris Hemsworth, Randeep Hooda, Rudraksh Jaiswal, Pankaj Tripathi, Marc Donato and many more and it is releasing on 24-Apr-2020 as Netflix Originals.