Thailand is one of the most famous international destination among Indians. It’s because it is affordable and the currency ratio is very low. Also, Pattaya in Thailand is known as bachelor’s paradise. So I was wondering whether it’s a good idea to take family to Thailand.

Unlike other people who take a normal Thailand tour package of Bangkok and Pattaya, I planned a different trip. We planned Phuket and Bangkok. Phuket is three time more expensive than the Bangkok & Pattaya, where Bangkok and Pattaya trip cost around 25K Per person including airfare, Phuket & Bangkok airfare alone costed me 28K per person – Well might be because I chose ‘Thai Airways’ to fly and no doubt it’s one of the luxury airlines in the country. You cannot fly directly to Phuket; we took 2 Hour halt on Bangkok airport and then continued with our journey towards Phuket.

PHUKET
Just after landing in Phuket, all you witness is big sea around the airport runaway. We arranged private transfers everywhere, so when we came outside the airport, a private van was already waiting for us there. Journey from the airport to our resort was around 1.5 hours. 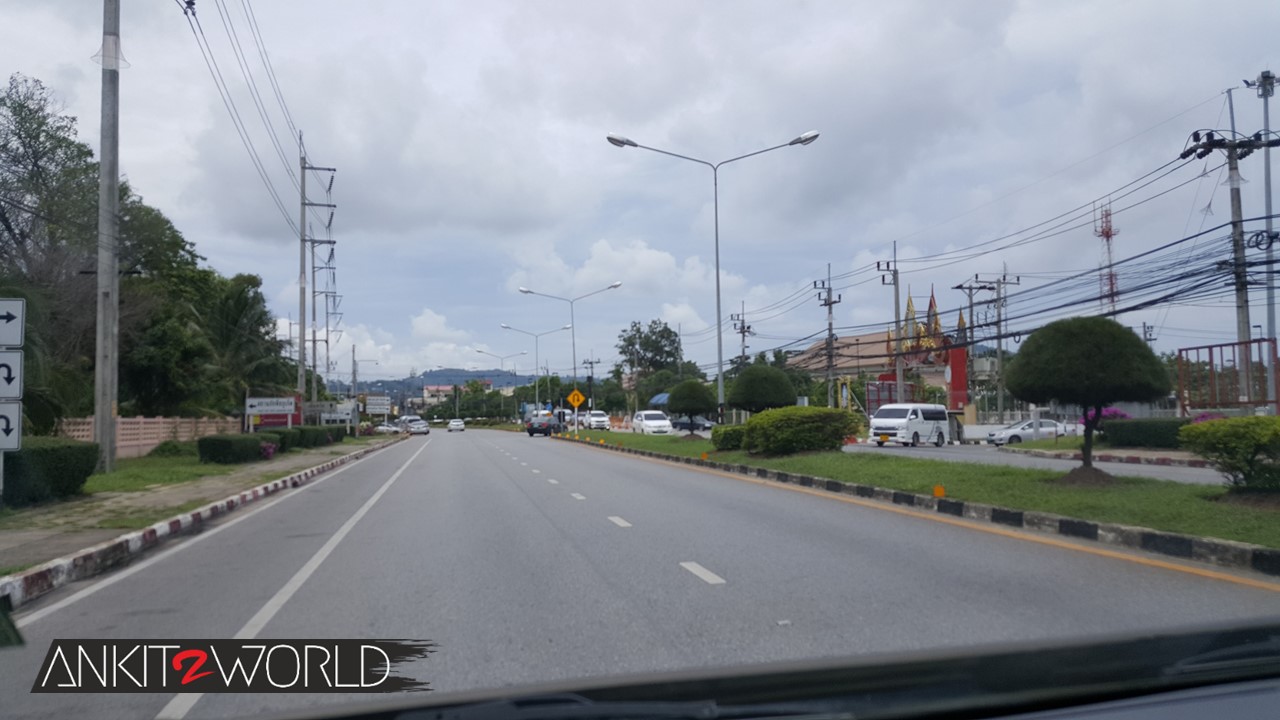 I was surprised to see so many pickup trucks in Phuket. Specially Ford and Nissan. Plus, was amaze to see sports model of Mazda RX. Once we reached Phuket, me and my family were delighted to see the resort ‘The Charms Resort’. It took us only 15mins to check in and what joy came in when we saw our rooms for the first time. Have a look:

Without resting, we all decided to go to the swimming pool which was on the terrace of the resort. The pool offered beautiful view to the Phuket mountains and sea. While we were in the pool, it started drizzling and it doubled our happiness. We ordered beer from the pool bar and enjoyed for couple of hours.

Then we decided to go back to our room and take some rest. Because in the late evening we had to visit the FantaSea show. I was under an impression that FantaSea is just a show and was completely unaware that there was a fest before the show starts. Kids had fun by playing mini stall games, there were elephant rides and much more… Then we entered the big and beautiful auditorium for the final show. The auditorium was utterly beautiful and unbelievable. The show started and whoa what an experience… We were not allowed to take our camera phone inside. Well this one was quite an experience. I was bit terrified by the fact of being with tigers in the same cage without protections. The Tiger Kingdom gives you options to choose tiger by their size. Small – Medium and Large. Me all went for the medium one… As soon as we went inside the cage I saw three big tigers. One was having fun in the pool while other two were sleeping. The guard asked me to sit with a sleeping tiger and asked to touch it. I went pale for a moment and then though – ‘Jo Hoga Dekha Jaayega’ and touched the tiger. I was under an impression that these tigers are drugged so I asked the guard who was with us. The guard said “It’s all rumors, People just want reasons to put things down. When they can’t afford to come here, they start these rumors. These tigers are born and brought up in the facility. They know us and are familiar with the staff. These tigers are like family to us and we love them very much. The reason these tigers are sleeping is because it’s afternoon which is the time for their rest and we fill their stomach full….. sometimes more than they eat. Which puts them in hibernation and non-attacking mode” After stating things clear he took me to the tiger who was playing in the pool… and no way he was sedated, He was playing well with his trainer. This was the best experience of my life and I just loved it.

We came back to the resort and after resting for 1 hour we decided to go to the beach which was only 5 min distance from our resort. Patong Beach is one of the most popular beach in Phuket. After we reached the beach we paid 200Bhat for the beach chair near the ocean and kept most our stuff there. We also, did some water sports. The parasailing costed us 800Bhat after 10mins of bargaining. After the water sports we decided to take a dip in the ocean and it was so much fun that we didn’t realized we spent more than 4 hours on the beach. So we went back to the room and had a heavy dinner.

We woke up early and got ready. Our private van was already waiting for us in the hotel parking area. The van took us to the docks and we were asked to board a cruise. (You have two options a speed boat and cruise) I am more found of speed boat but then realized that there is no AC so without if and but I boarded the luxury-line cruise which then took us to the most beautiful place I have ever seen. Phi Phi Island. I have never seen ocean water crystal clear and warm. We spent 2-3 Hours on the island and had free lunch which was included in the cruise ticket cost.