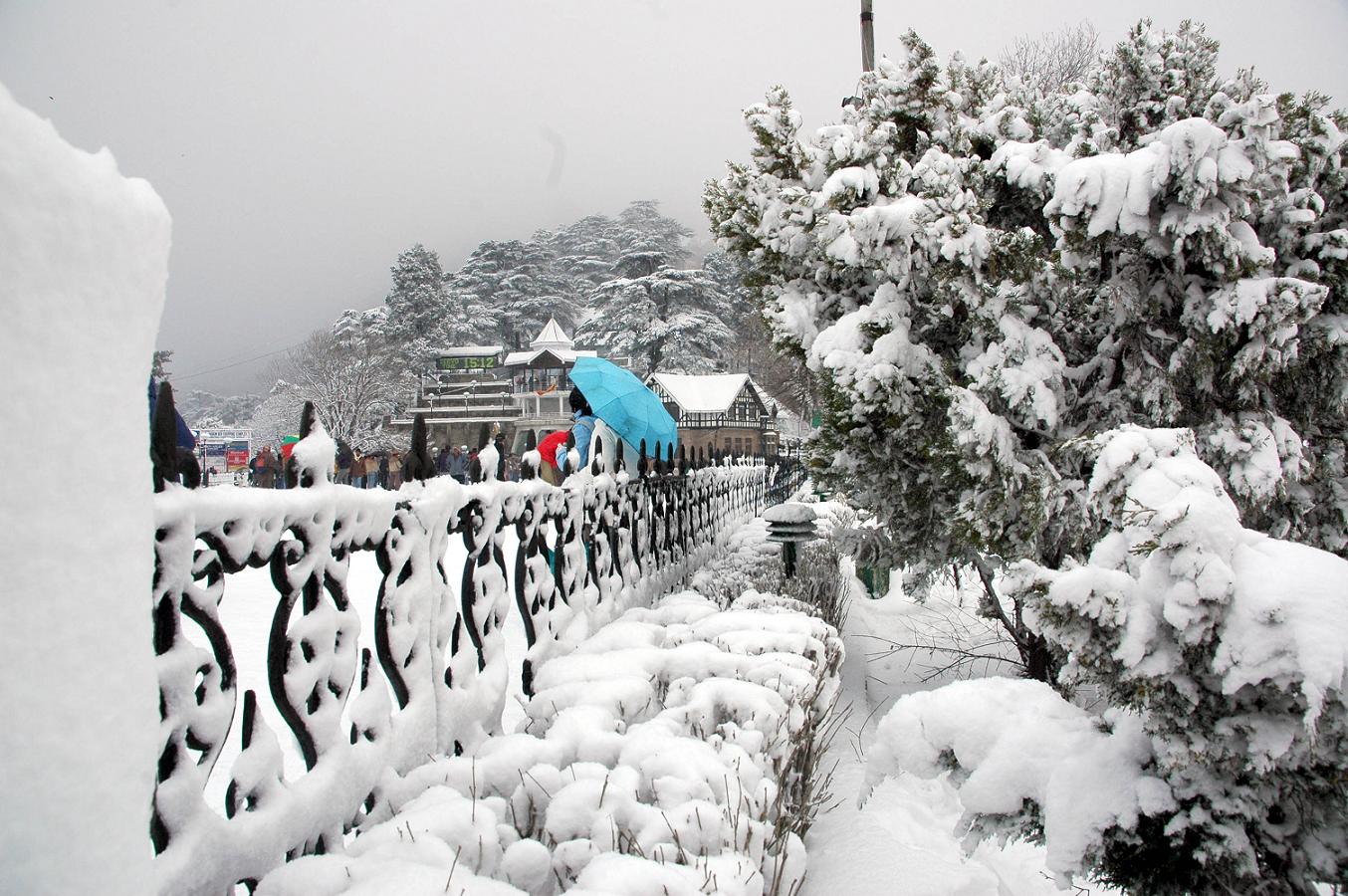 Snow is a fantasy for some people. I am one of them. I have never seen a snowfall in my life. Believe me have visited almost all the popular Hill Station in North India but never got a chance to see the snowfall. But I am determined now and it’s in the top list of my New Year Resolution. I will see Snow this year no matter what. So I started exploring and researching on the places where I can find guaranteed snow or snowfall. Then I thought how about some social work, there are many like me who wants to see the snow this year, why not help them by writing on my blog about the same and here it is…. A blog where I will mention the top 10 places to see snow in India.

If you are planning a trip to any of the hill stations between Dec-Jan-Feb there are pretty high chances of seeing snow and if you are lucky you might end up in a snowfall.
The distance of all the hill-station will be measured from the capital Delhi and the temperature for winters. 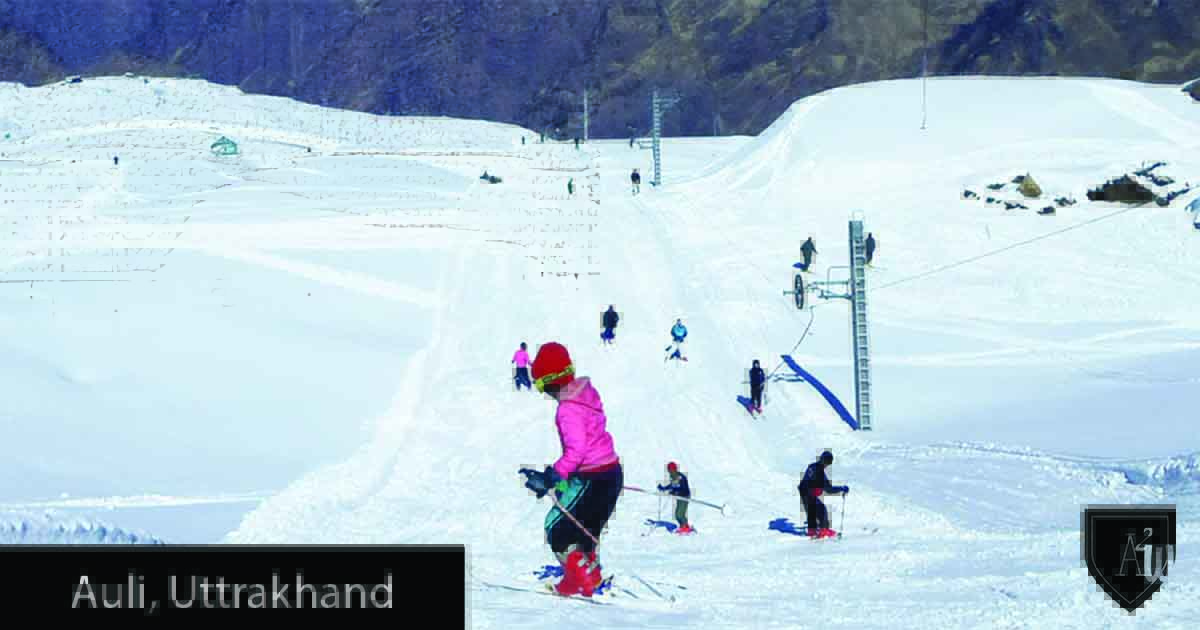 8202 ft. above sea level Auli is located in the Chamoli district of Uttarakhand. It is known as a paradise for ski lovers in India. Auli is the only place in India where Ski Fests are held. You can also visit nearby paces to see which includes: Gurso Bugyal (Huge Meadow), View of Himalayas like Nanda Devi, Sweet Water Lake Chattrakund and many more… 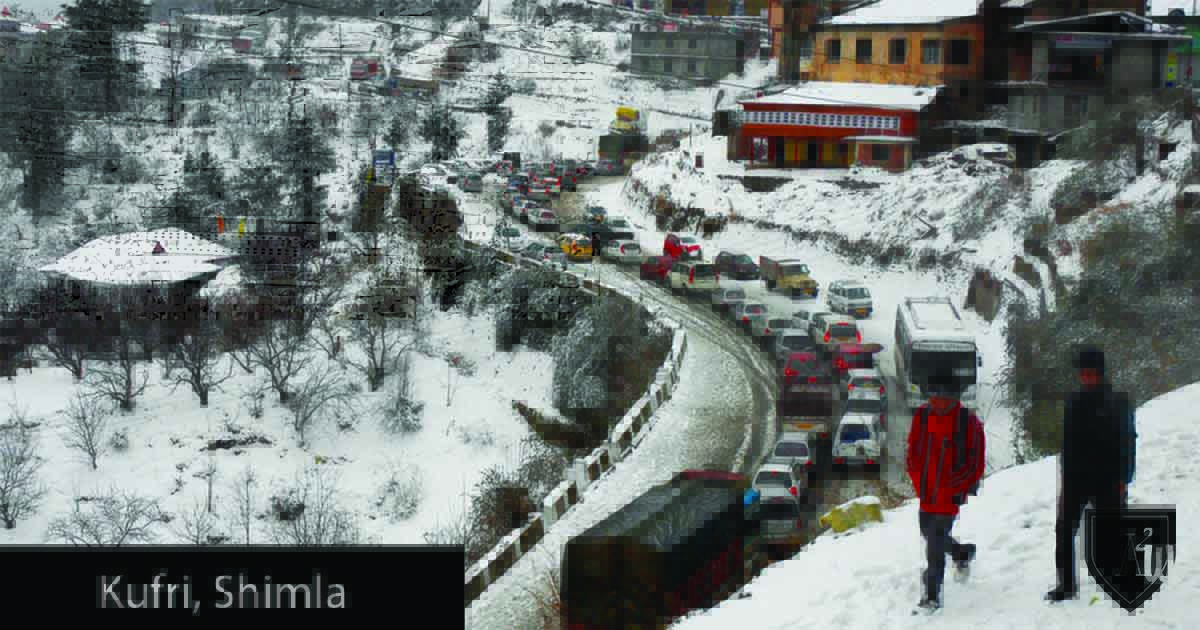 7500 ft. above sea level Kufri is a small picturesque hill station situated around 20KM from the Shimla (one of the most popular destination for hill station). Kufri was founded by Brits in 1819. Kufri-Shimla-Chail forms a golden triangle of Himachal Pradesh. Kufri is famous for its trekking in the beautiful scenery. You can visit to Kufri Zoo known as Himalayan Nature Park with wide variety of wild animals like Deer, Bear, Tibetian Wolf, Leopard, Ghoral and many more. Go to Mahasu Peak few kilometres away from Kufri few to enjoy dense snow, also you can visit the biggest fruit research centre of north India 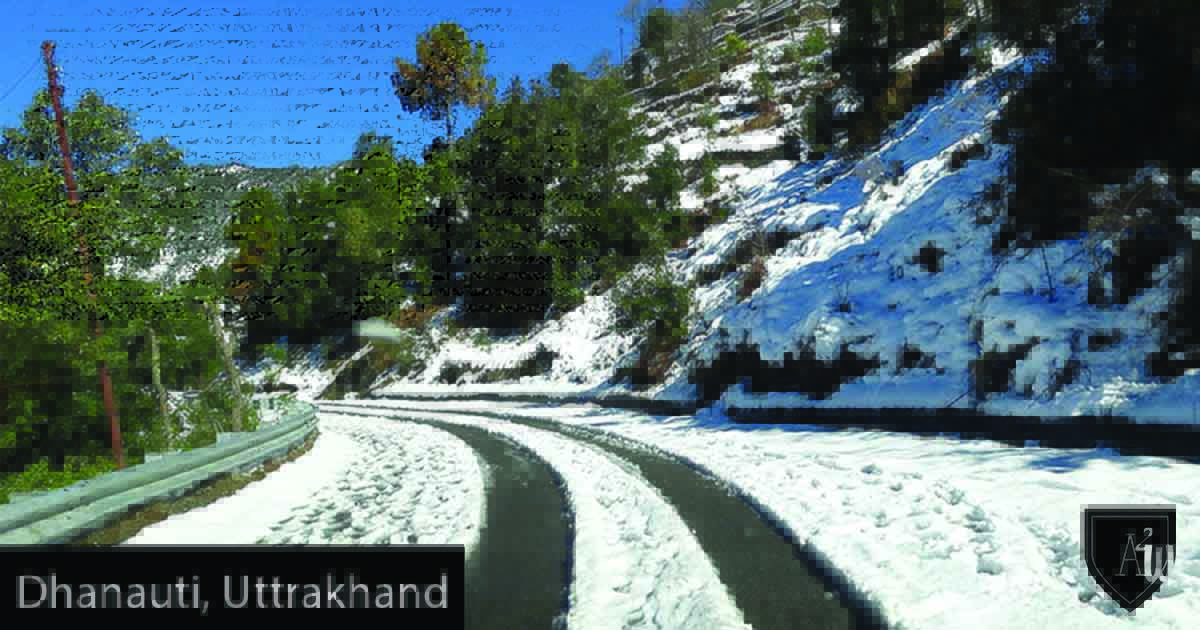 7500 ft. above sea level just like Kufri, Dhanaulti is 24Km from a very popular queen of Hill Station Mussoorie. Dhanaulti is a very small hill station with beautiful scenic views of Himalayas. Unlike commercial Mussoorie Dhanaulti is more pleasant and silent. The roads are well build and easy to drive on. Eco-Park is one of the best places to see in Dhanaulti. Though chances of Snow in Dhanaulti are low compared to the other destination due to global warming and change in climate. 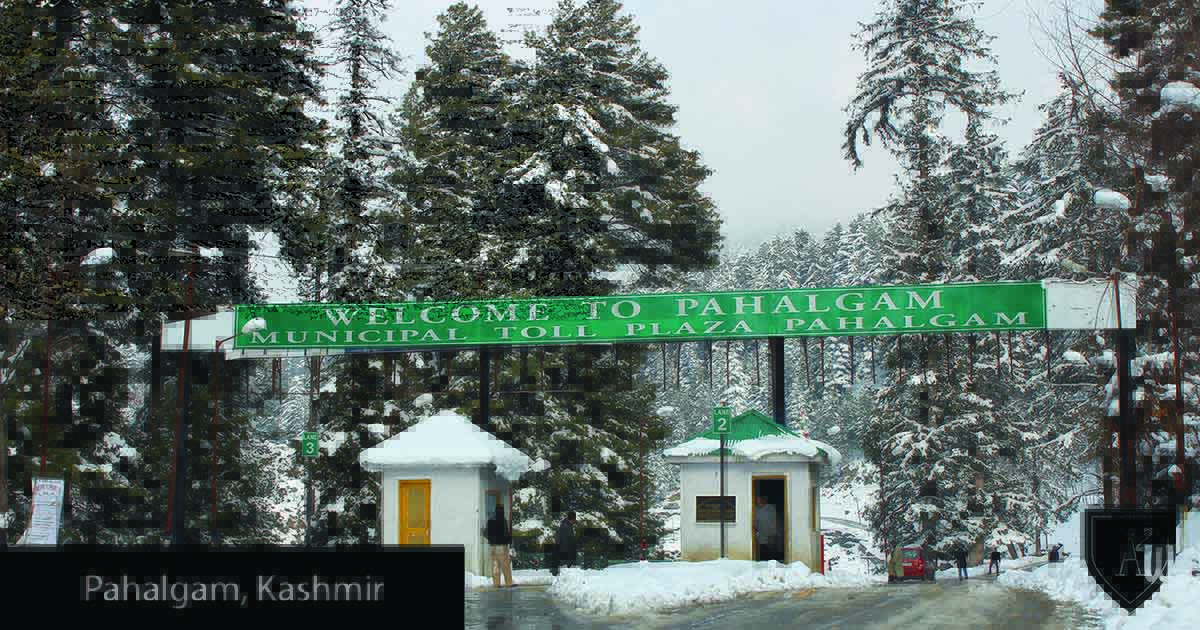 7200 Ft above sea level Pahalgam is known as valley of shepherds and is a very famous hill station in Jammu & Kashmir. This hill station is also served as base camp during Amarnath yatra. Best places to see in Pahalgam is Betaab Valley (named after Bollywood movie of our Paaji Sunny Deol), Aru Valley, Pahalgam Golf Course, Tulian Lake and many more. It receives heavy snowfall during winters. 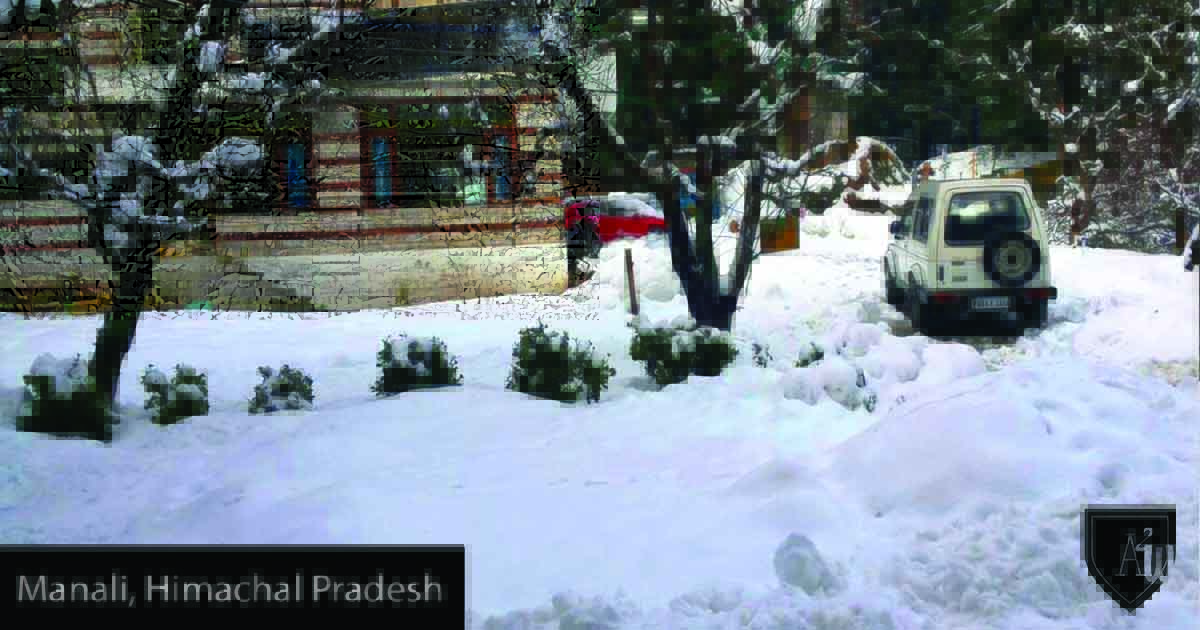 6700 ft. above the sea level Manali is known for one of the most popular and beautiful tourist choice for hill station. It is located in Kullu District and around 270KM from Shimla. Manali is gateway to Leh, Spiti Valley as well as Lahaul. Snow is guaranteed in winters between Dec-Feb. Places to see in Manali are Solang Valley, Rahla Falls, Manali Sanctuary and more… Solang is a beautiful valley situated on route Manali & Kothi. One can see snow-capped mountain peaks from the valley. It’s a popular destination for holding camps and trekking. Solang valley also organize winter carnival in Feb. A Peaceful destination for nature lovers. Former summer capital of Brits during British Raj and present capital of Himachal Pradesh Shilma is the best tourist hill station for Indians. It is famous for its markets, mall road and iconic Christ Church. Shimla can considered as the closest and easiest point from Delhi for snow. The places to see in Shimla are The Ridge, Rothney Castle, Christ Church ofcorse, Himachal State Museum and more. 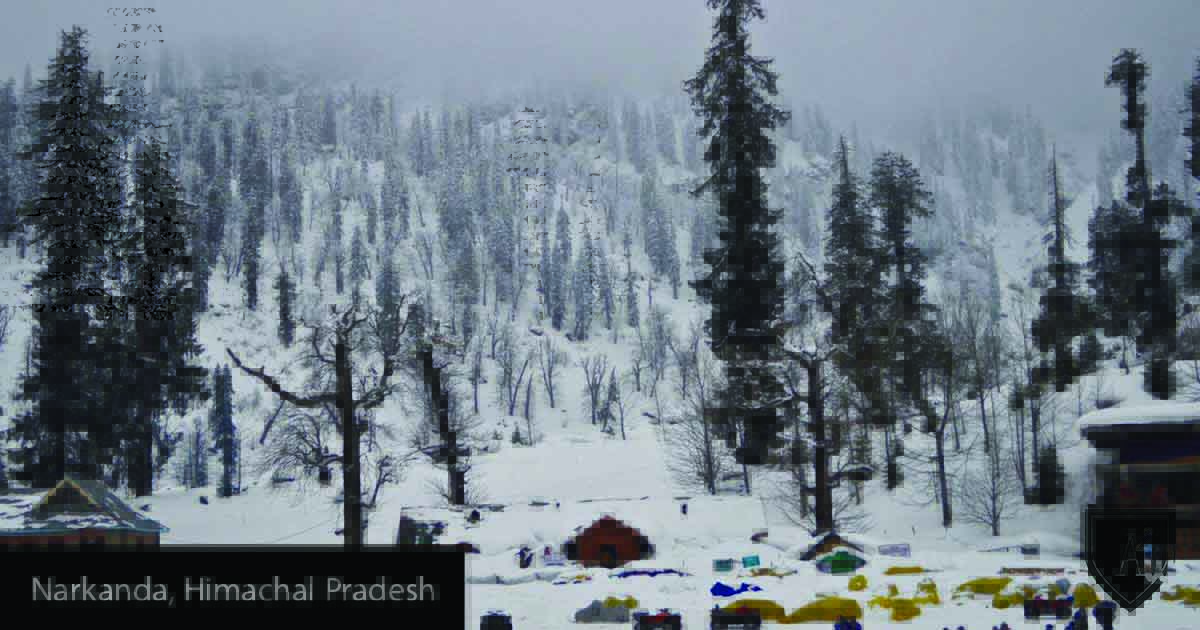 Narkanda is a town and a nagar panchayat situated in Shimla District. It’s 65 KM from Shimla and is surrounded by Shivalik Range. It is famous for Ski in winters. Places to see in Narkanda are Hatu Peak (8Km from narkanda) and Kacheri. Narkanda is also known as gateway to the Apple Country of Himachal Pradesh. 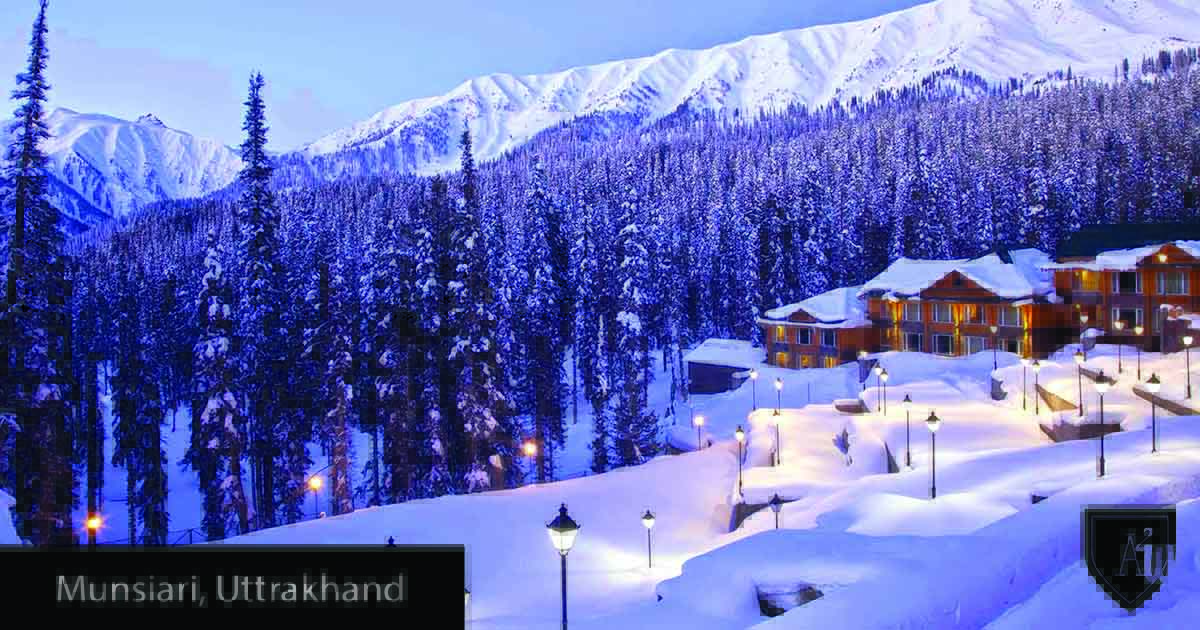 7200 Ft above sea level Munsiyari is a small town located in Pithoragarh District in Uttarakhand. The name refer to a ‘Place with Snow’. It is also known as little Kashmir. Once it was a restricted area as it is on the Tibet-Nepal-India border but now it’s a popular destination for trekking lovers. 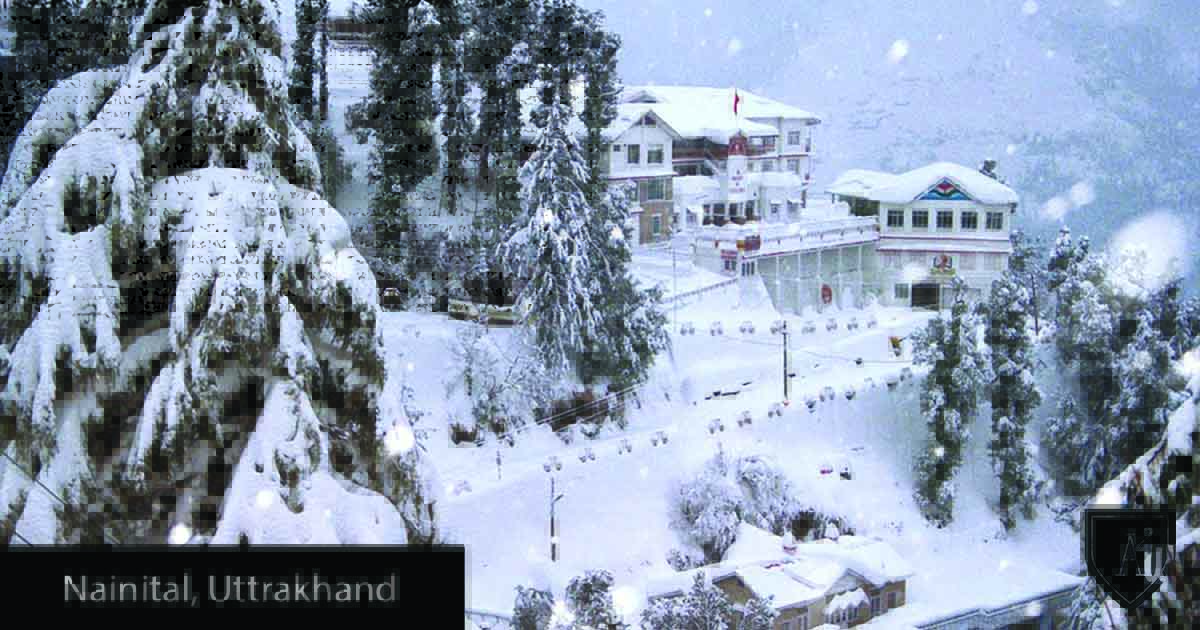 Closest of all hill station Nanital is a paradise for snow lovers in winter season. It’s almost 8000 ft. above the sea level. Nanital is famous for its lakes and nature bounty. Nainital also has Nanital Zoo with some rare species. The largest attraction is the ECO Cave Garden. Plus there are numerous spots to explore in Nanital.

Whoa, it’s quite a list… I remember a quote by W.B. Yeats states:
“Faeries, come take me out of this dull world,
For I would ride with you upon the wind,
Run on the top of the disheveled tide,
And dance upon the mountains like a flame.”

As Promised: Please have a look below:

Any questions regarding the place? Want me to add on anything? Drop a comment below. I’ll be happy to respond.

I am packing my BAGS are you?