Whoa! Seems like Avatar is all set to come back with a bang with a vision of No. 1 position replacing Avengers: Endgame by director James Cameron and for the same director and German automobile company Mercedes-Benz have collaborated on their concept vehicle known as Vision AVTR.

The vehicle was first seen in CES 2020 and AVTR stands for “Advance Vehicle Transformation”. The look of the car is simply superb and futuristic but it’s completely put into Avatar’s Theme. At the very first look, I thought the vehicle is from another planet commonly known as Pandora, the earth-like moon which is the home of humanoid species called the Na’vi. Unable to understand my references? One must see Avatar. On a personal note, I wouldn’t mind seeing it for the 10th time now 😀
As per German auto manufacturer company ‘Vision AVTR’ is Pandora Friendly and this car is not a fiction. AVTR is based on the theme of planet Pandora and please it’s god Eywa who is the guiding force of the planet and all the living things live on the same.

The reason Mercedes-Benz collaborated with Avatar is that the company is planning to launch the entire fleet of electric cars which are 100% Eco-friendly. Sadly, we won’t be able to see this particular vehicle or any other car from the same fleet any time soon.

Here are some of the features of the ‘AVTR’
Just like the movie, the car is equipped with advanced biometric tech which analyzes the person’s heart rate and breathing and that’s the reason the vehicle doesn’t have any steering wheel. The idea of the concept is to revolutionize the car and human relationship and combined both entities in a single organism of sorts which can understand each other well. 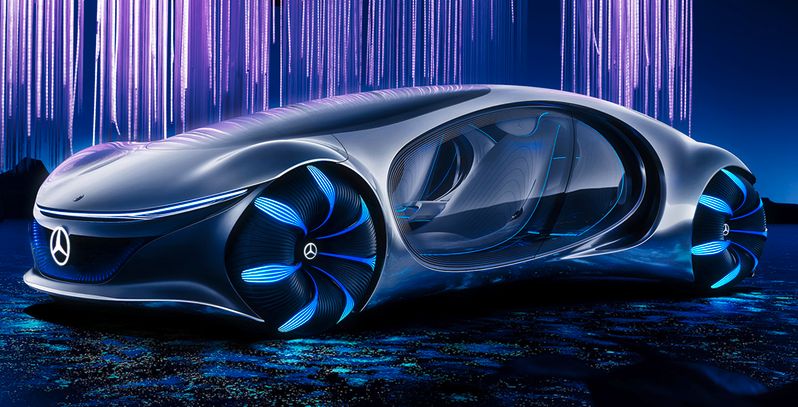 To operate AVTR the owner or driver simply have to wave their hands at the screen and the screen will pop-up with the projection display, containing various functions. The most amazing feature and my favorite is the Flaps / Scales which resembles the creatures for the movie Avatar. They are just beautiful and breath in the same way. These flaps/scales will provide 4K HD images to the driver from around the vehicle. 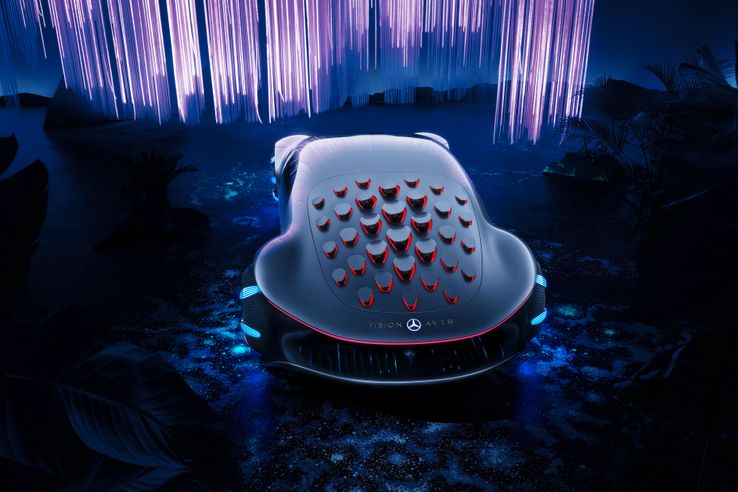 I was in complete AWW while watching the video and I am sure you’ll be the same. Have a look at the video below: