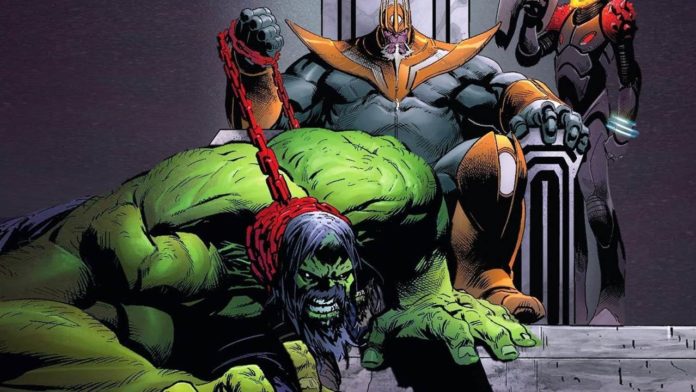 Fans Beware, this blog contains some very painful and disrespecting moments for HULK. It’s sad to see him go this way, though finally Bruce’s got rid of his alter-ego forever and now rest in peace. C, mon let me take you to the distant timeline of Marvel Universe which is the part of Marvel’s Thanos Comic Series.

In the distance future, Marvel has come to an end and Thanos is the only one left in the Marvel, but how does HULK meet his fate?

In Hulk’s ending part we can see him chained up like an animal by Thanos, Hulk seems to be leading a wretched life and Hulk begs Thanos to kill him. Eventually, the Hulk dies, But not through the hands of mighty Thanos but someone else. Silver Surfer aka Norrin Radd is on the hunt for Thanos and he wields Thor’s Mjolnir (The Last One). As we know the HULK is already under depression by the ways Thanos treats him and he has nearly forgotten who he is… Hulk gets loose and attacks the Silver Surfer, lucky for Hulk; Silver Surfer remembers the Hulk and knows that Bruce Banner is still inside him. Silver Surfer possesses the cosmic power which is now combined with the powers of Thor and he is more powerful than HULK, but he still tries to avoid the fight with Hulk. Silver Surfer was filled with rage to destroy Thanos and he cannot let anyone come in between him and the Thanos. Thus, Silver Surfer could not afford to show much mercy on Hulk and sadly Silver Surfer after avoiding Hulk for a long time attacks him with his most powerful blow and weapon which has the combined power of Thor and the Cosmic universe and it takes Hulk’s aka Bruce Banner life & suffering away. 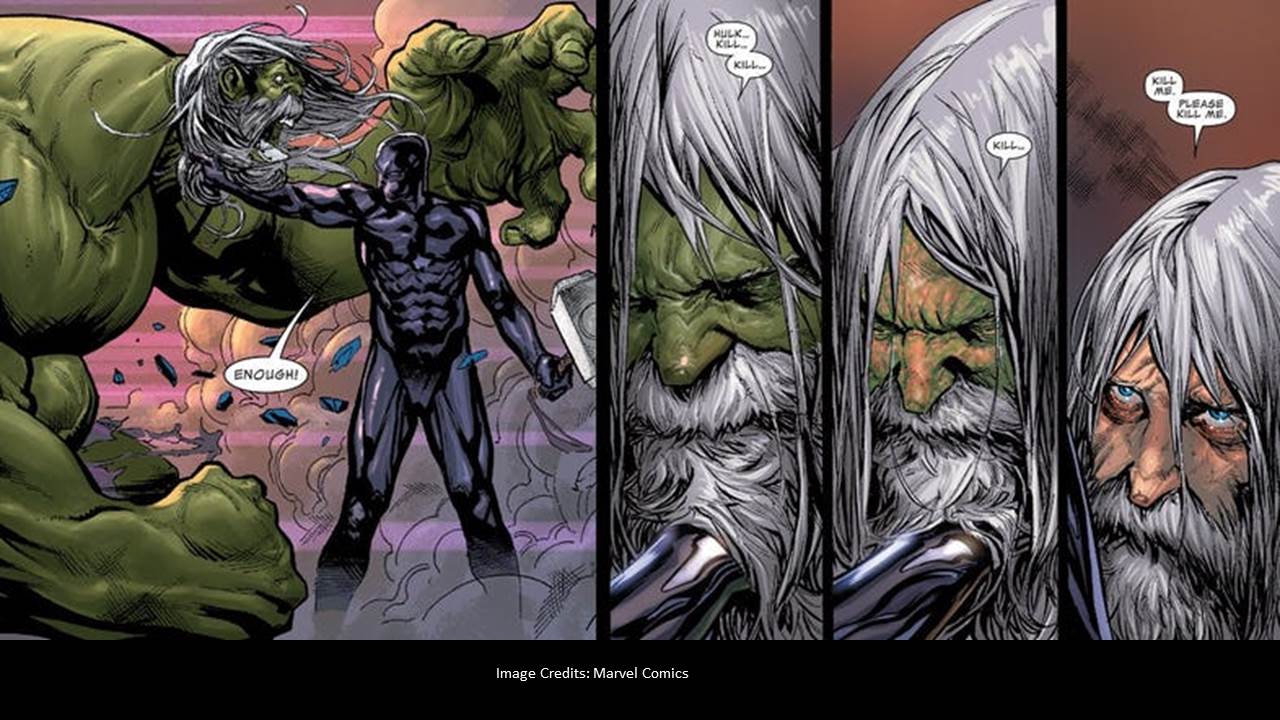 Bruce Banner aka Hulk seems happy & peaceful to die among his former Avengers Teammate and friend.